Lake Poway and more Family Fun Things to Do 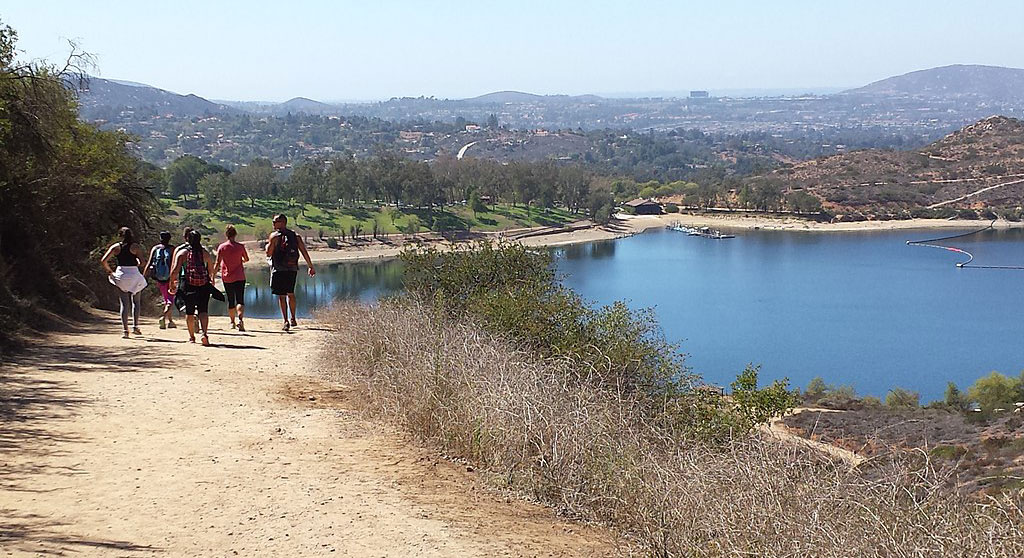 Lake Poway is a gorgeous park and recreation area that won’t disappoint. Bring the kiddos, a special someone, or just come alone for some quality me-time and fresh air. 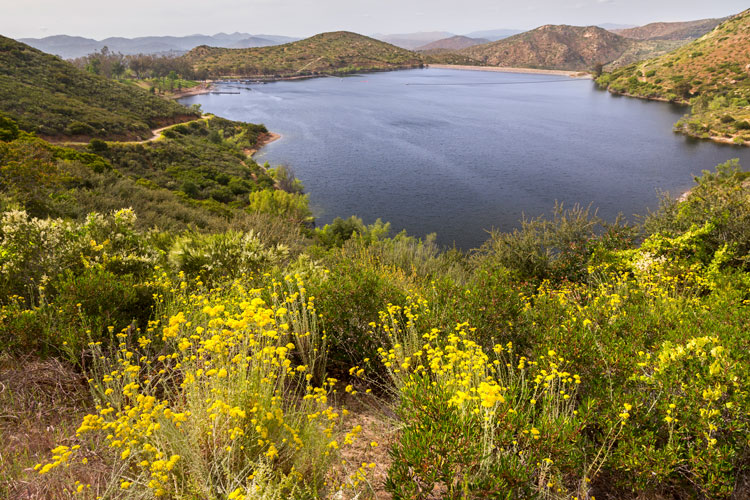 It’s a nice relaxing hike. Actually, mostly a stroll and easy for the young ones to join along. There are plenty of spots to rest along the way. You will enjoy watching people in a pedal paddle boat, fishing from the pier, or just relaxing under a shady tree. The Lake Poway Hike is just one of many trails in Poway. Check out this drone video footage of the Lake Poway Trail. 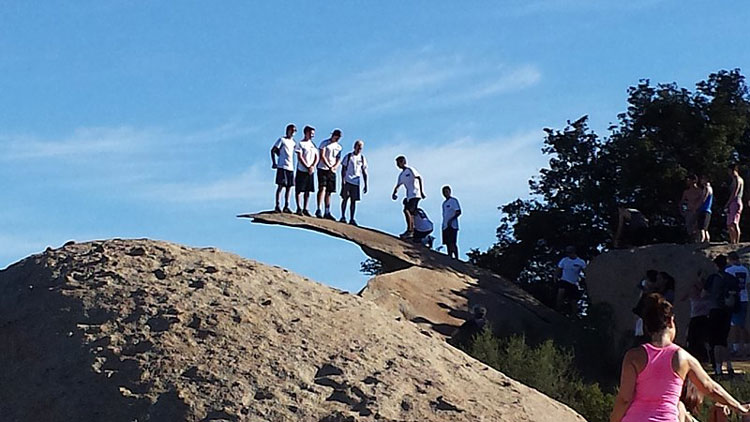 Hiking up to Mt Woodson and Potato Chip Rock

Lake Poway is a popular base camp before hiking up to Mt. Woodson the hit social media destination Potato Chip Rock. Be sure to bring plenty of water and avoid extremely hot days. The Poway Firefighters are known to rescue hikers that push themselves too hard in the heat of the summer. 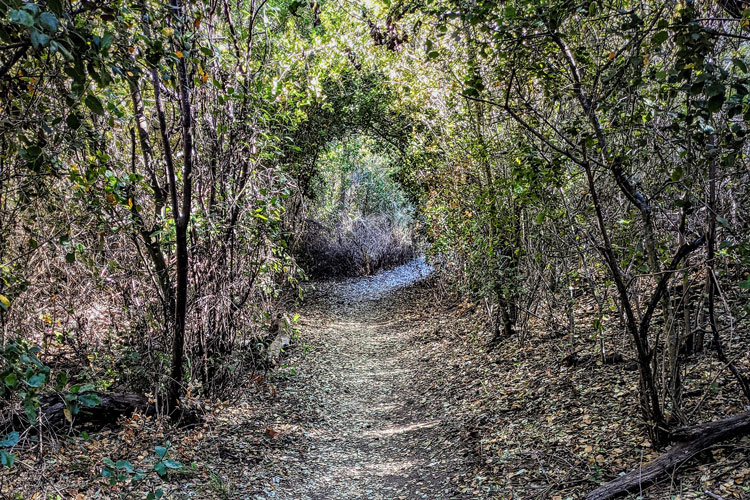 Hike down to Blue Sky Reserve

A short distance away from Lake Poway is the Blue Sky Ecological Reserve. This Poway jewel is a 700-acre oak-lined canyon lined by coastal sage scrub and chaparral-covered hills. You will find a wide variety of flora and fauna at Blue Sky. Along your nature walk enjoy the songs of birds, the tree-lined creek, and the brilliant colors of wildflowers on the hillsides in spring. 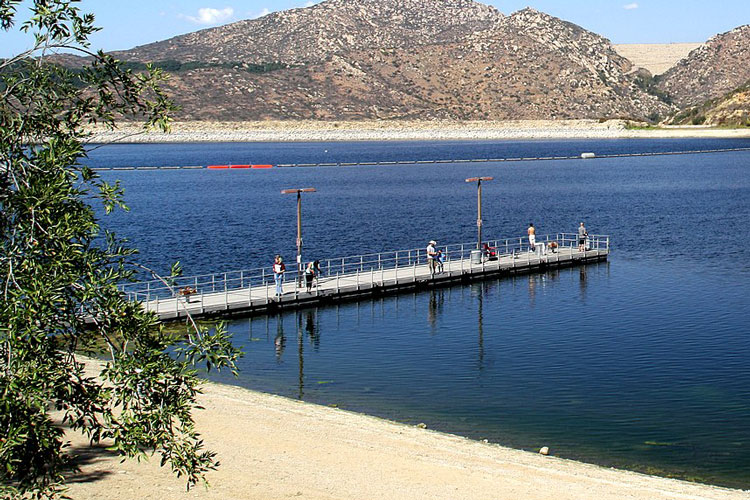 Enjoy fishing from the pier or you can rent a boat and try your luck in the middle of the lake. There are rules and fees, so be sure to be prepared before arriving. Check out the events calendar to find dates for the Youth Fishing Derby and tree trout fishing seminars. Hook a whopper and get your name on the Lake Poway Fishing Records list. 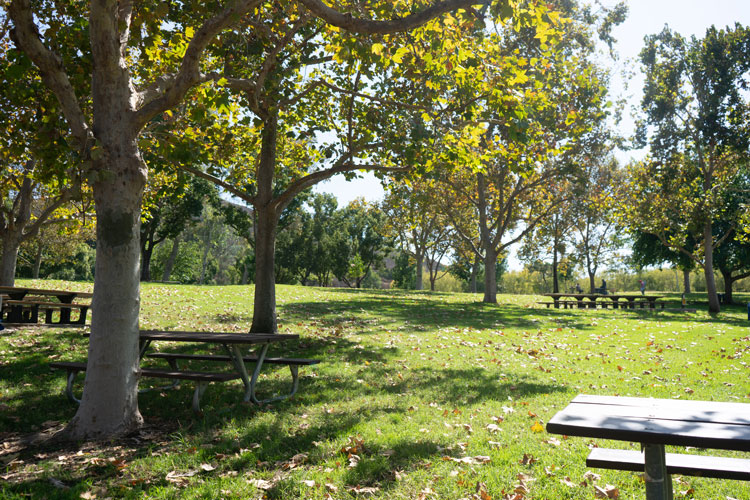 Lake Poway is one of the top picnic spots in town. Many of the picnic tables offer stunning view of the lake and nearby hills. Be sure to bring some protein to grill on the available BBQs. This is a great spot in the summer just to escape and find a quite spot to relax under a shady tree. Available by reservation, a gazebo is a great idea for a Birthday Party. 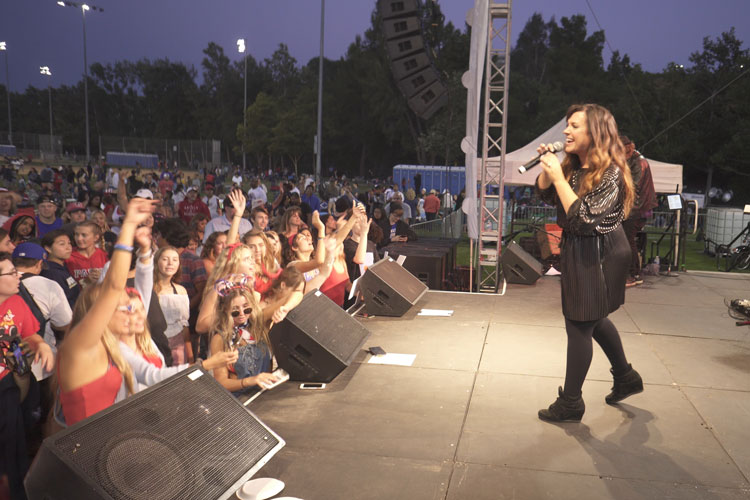 Enjoy a rockin’ warm Sunday evening when many popular cover bands bring their music and energy to Lake Poway. Typically, on Sundays from June until August, these concerts are free and very family friendly. Find that primo spot on the grass. Don’t forget to bring your beach chairs, picnic basket and cold drinks. 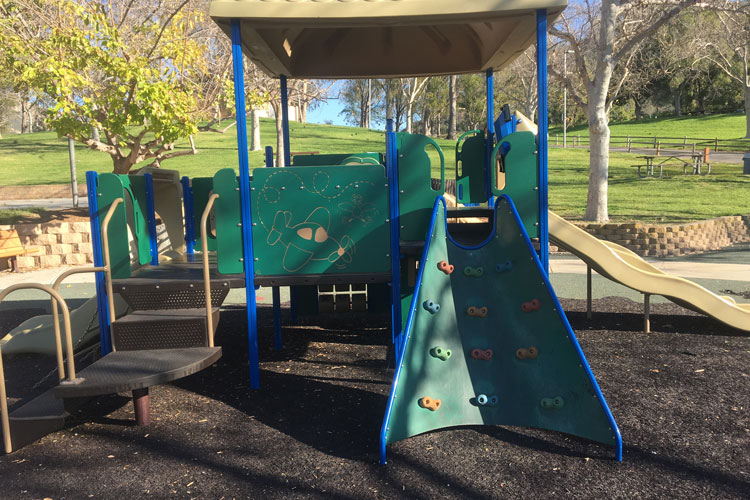 Lake Poway has two playgrounds that your children will enjoy. Plus, there is a sand volleyball court that is great for a family get-together. 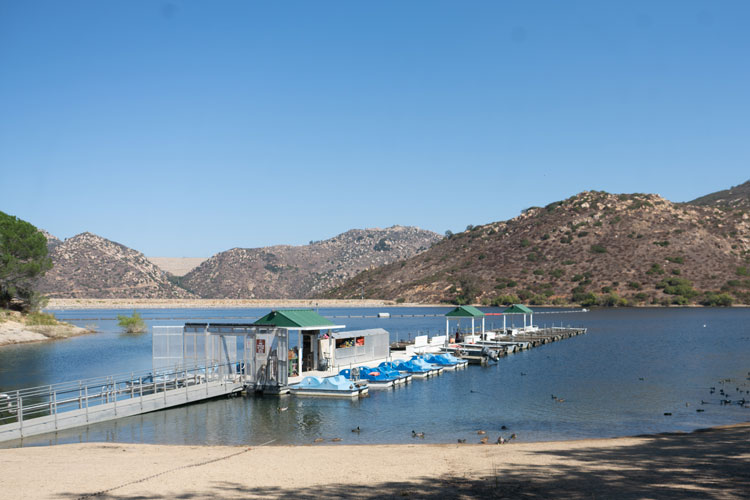 Get a Frozen Treat at the Concession

The Lake Poway Concession offers cold drinks, fishing supplies, snacks, and apparel. It’s a perfect place to rehydrate after a long hike. You can also rent a boat or buy a fishing license at the Concession. 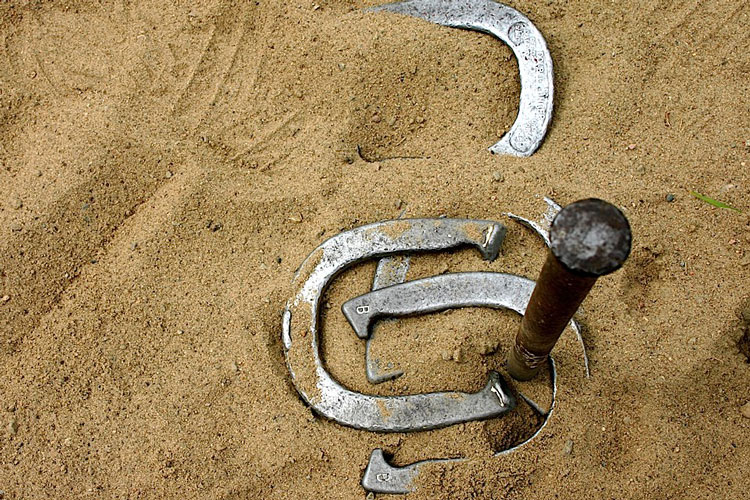 Ringer! Lake Poway has some awesome horseshoe pits. Sure, corn hole is all the rage these days, but if you want to go old school, then pitch some horseshoes with the fellas. 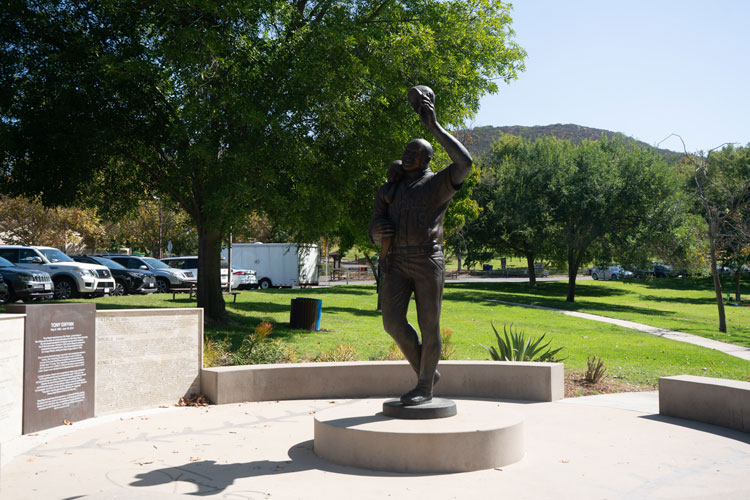 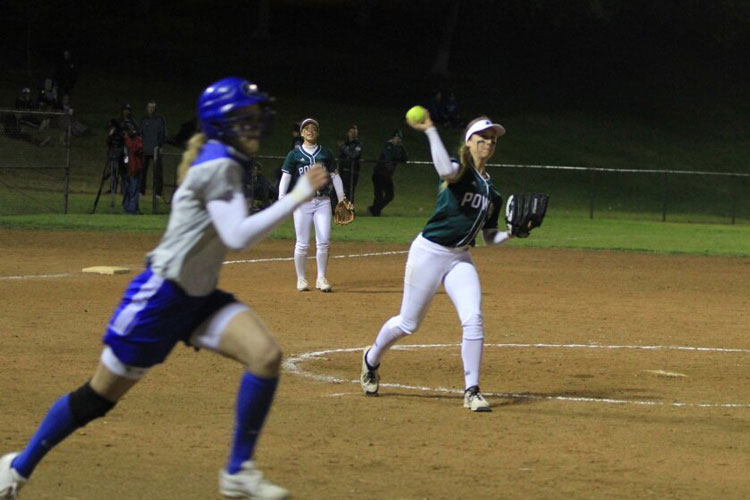 Game at the Lake: Poway vs RB

The “Game at the Lake” is a marquis event for local girls softball teams as Poway High School faces their rival Rancho Bernardo High School. This game is played annually in May at the lake under the lights and attracts a big turnout from the community. Starting in 2022 this game will be postponed for a few years as Poway upgrades its water infrastructure causing the field to close. But it will return in a few years. 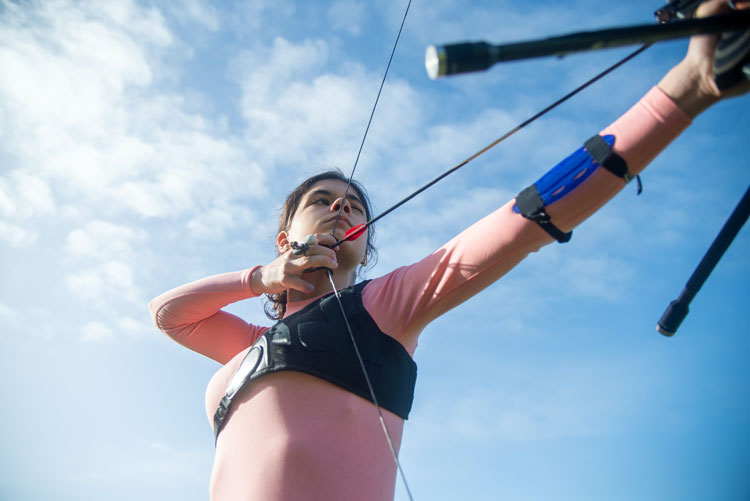 Feeling a bit like Katniss Everdeen? Lake Poway’s archery range is a great spot to work on your skills, compete or simply get instruction. Check out the photos and reviews on Yelp for some specific tips and inside information. 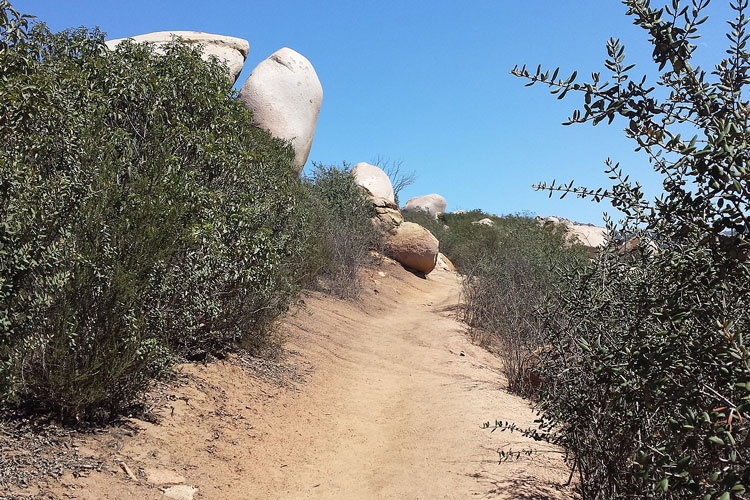 Lake Poway is the site of Poway High School’s home cross country course. This is a particularly challenging course with steep hills, rocky trails, and sandy traps. Most of the action happens north of the pier and concession. Check Poway High’s Cross Country schedule to find out more details. 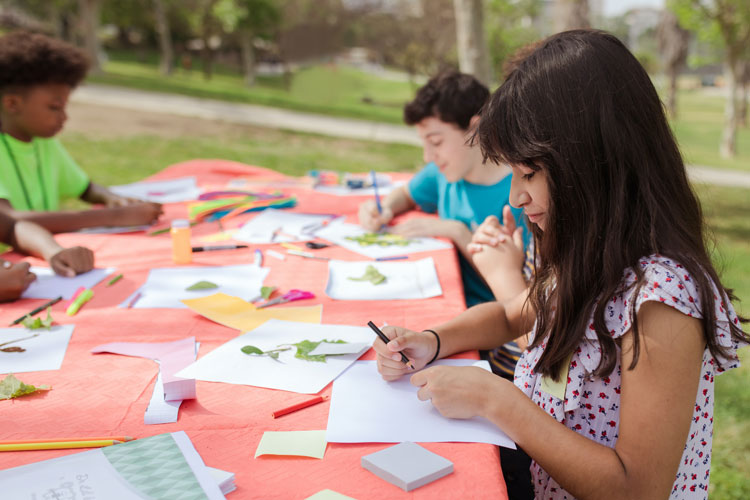 The City of Poway runs a great series of summer day camps at Lake Poway. This is a great chance to get the little ones out for water games, fishing, boating and crazy crafts! 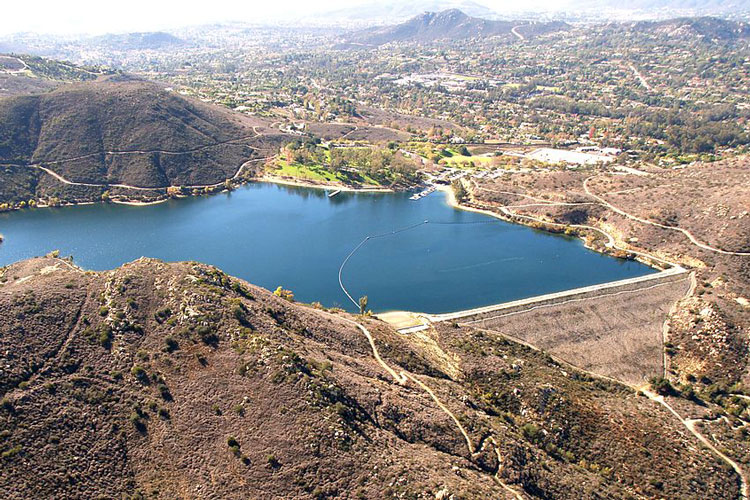 During the 1950s Poway was growing up from a rural, agricultural town to suburban community in San Diego County. As the community grew, the townsfolk realized that they had to secure a better source of water. A public water supply became available to Poway in 1954, bringing Colorado River water by aqueduct, but this supply was too tenuous. If an interruption to the aqueduct occurred, Poway would be left high and dry. So, the local Powegians worked towards a plan to build Lake Poway.

By the 1960s a plan started to take shape to build the Lake Poway reservoir to store water for the people of Poway. The cost to build the dam and infrastructure was a whopping $2.16 million and required the people to pass a ballot proposition to secure a bond to make it happen. The measure went before voters in 1964. It failed. They tried again in 1966. It failed a second time. Thankfully the third time was a charm. In 1969 the measure passed with the required two-thirds super majority. The vote authorized a $3.2 million bond which was just over half the total cost of $5.8 million for the dam, infrastructure, and the park.

Lake Poway and the surrounding park was completed in 1972. For a complete history of Lake Poway, I encourage you to read Poway Historian, Mary Shepardson’s article that covers the topic in greater detail.

When you have finished your visit to Lake Poway, here are two more wonderful things to do with your family here in town:

What did I miss? Let me know and I will add them to the list.

Have fun in Poway!

For more Things to Do in Poway, visit our blog at: https://powaystore.com/poway-blog-things-to-do-in-poway/

To get a Poway shirt or a Poway coffee mug, visit the Poway Store at https://powaystore.com/